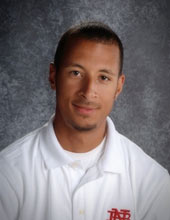 Christopher Elbing received his B.M. in Music Education with honors from East Carolina University, with a concentration in Instrumental Pedagogy.

Since joinging NBHS, the band has tripled in size and now includes multiple concert bands, an active marching band, and a competitve winter guard. Students in the band have performed at the All-District and All-State levels as well as the U.S. All-American Army Marching Band. The NBHS band has also traveled and performed regionally across the southeast, including North Carolina, Virginia, and Georgia.

Mr. Elbing believes that music is a true gift and that through it individual character is developed to its highest potential.