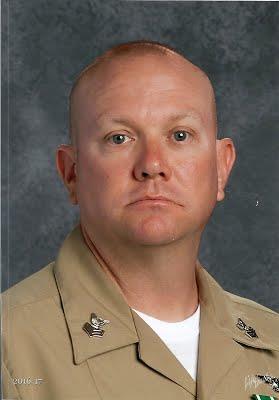 AO1 Dustin Edsall is going on his thirteenth year as a Naval Science Instructor and his tenth year at Havelock High School.  AO1 Edsall retired from the US Navy in June of 2009 after twenty years of naval service.  At his last duty station in the Navy, he was the Lead Instructor and Curriculum Coordinator at the Electronic Attack Weapons School on Naval Air Station Whidbey Island Washington. During his twenty years of enlisted time AO1’s broad and varied duties included working on the F-4 Phantom, F/A-18 Hornet, F-14 Tomcat, F-14D Super Tomcat, EA-6B Prowler and EA-18G Growler Aircraft Weapons Systems. He was also stationed aboard LHD-2 the USS Essex, CVN-70 the USS Carl Vinson and CVN-73 the USS George Washington for a total of five WESTPAC and MED Cruises.  In his years with the expeditionary squadron VAQ-133 he made deployments to prince Sultan Air Base Saudi Arabia, Incirlik Air Base Turkey, Marine Corps Air Station Iwakuni Japan and Kadena Air Base Okinawa.

If you are having trouble viewing the document, you may download the document.
Copyright © 2002-2022 Blackboard, Inc. All rights reserved.